What exactly is a twins club?

The Cape Fear Mothers of Twins Club is a place for mothers of multiples to come together for support and friendship. We have over 70 members, several of whom have triplets, with children's ages ranging from infant to early teens.  Our local club was founded in 1980 and was a member of the National Organization of Mothers of Twins Clubs.  It joined the North Carolina Mothers of Multiples in 1987. ​ 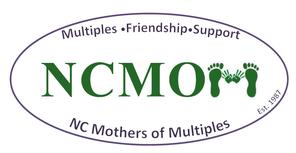